This is my story. It is still being written. :)

Hello, reader and welcome to my website. Thank you for being here and for showing an interest in my work.

​First of all, I would like to begin by introducing myself. My real self. My real name is Jacqueline (Jackie) Gomez. I got my inspiration for my stage alias out of Lord of the Rings, (of which I am a HUGE fan) and my story is a long one. But we will just go over the musical portions of it because this isn't wikipedia. Lol

I got my start in music at the age of 4 when my cousin and my father both taught me how to sing. I also come from a musical background, as all my cousins and my father sing, and my siblings play guitar or play piano, and my grandfather plays accordian :). From there, a love for it developed. I joined choir for the first time around 3rd grade and I made every opportunity I could to sing. I joined the school plays, sang in musicals, and sang in school talent shows. At the time, I loved to sing, but I didn't think I would grow up to want to do it for a living... then something life changing happened... 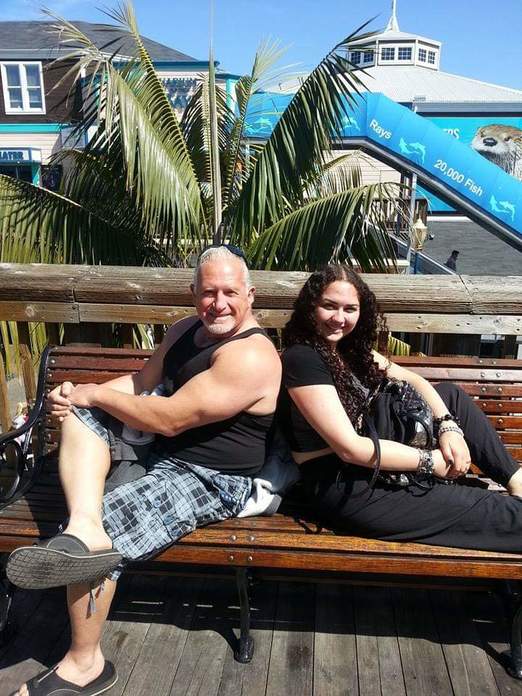 My dad and I :). He was one of my first teachers.
I went on a cruise with my family around 2003 or 2005... somewhere around there I believe. It has been so long! On the ship there was a little talent competition. The other kids aboard the ship were pretty brutal, though I made a lifelong friendship with one of them. I was casted out by the group I was supposed to compete with, So I asked if I could sing solo since I thought it would be enjoyable after being thrown out of the show so suddenly. After a little bit of begging and reluctance on the end of the people putting the show on, they let me sing. I went on stage with every intent to suck and I sang Avril Lavigne's "Complicated"... very shyly... After being made fun of by the other kids for the first half of the voyage, being rejected by the staff putting the little show on, and even being told by my parents that the effort I made to do this WASN'T worth it, I found it was worth every moment of fear. After my little performance, I was told I could actually sing and for the rest of the cruise, they DIDN'T bother me anymore. This was life-changing for me because it was at this very moment of recognition that I decided to pursue music and also the moment I felt true empowerment through music. It is now my goal to empower others with music.

​In middle school, I was seduced into the dark world of metal by my brother, David (ex- Sailing the Acheron). He introduced me to one of my still favorite bands, Nightwish. The voice that called to me was that of Tarja Turunen, who is one of my all time favorite vocalists still to this day and whom I get the most influence for my operatic vocal style from (since she and I have the exact same range). My first metal album was Nightwish's Century Child, on which Tarja sang a song called Ever Dream... This song sparked a love for metal music that I have since been a devoted fan to. From there, the real work began... 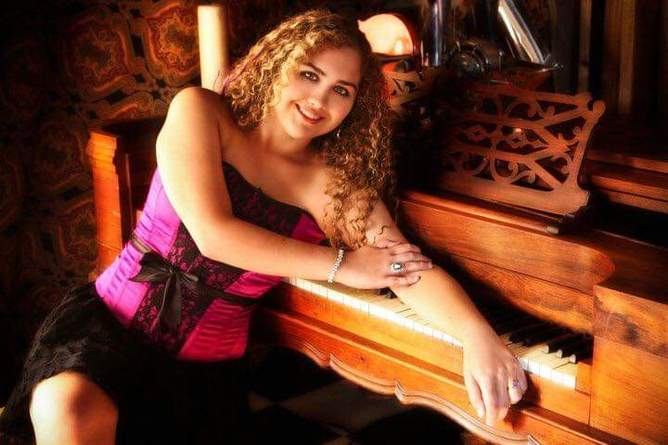 me in my senior year of high school (2010)
From elementary school all the way to college, I was always in the choir. During the time after the cruise, I immediately began vocal lessons in both Rock and Operatic styles, and started writing original music. I also discovered I had a natural knack for playing the piano and started to compete in piano competitions and write music for both piano and voice. This was when my first album, Starsong, which is a piano and voice album, came to life. It was later released in my sophmore year of college. I was in choir every school year and in college. I was the only freshman in an audition-only Chamber ensemble of 12 people. During this time, I decided to take a small gamble out of boredom and I opened a Youtube Channel under the name TemariJackie, where I posted random singy videos and piano improvisation. Around the time of Amaranthe's release of their Amaranthine music video, I gave a cover of the song a shot and debuted a skill I had just learned: growls, which were acquired by listening to singers like Angela Gossow and Alissa White- Gluz and by growling with them in their songs.

a very shy me singing Amaranthine by Amaranthe in my room in my apartment. One of my first youtube videos...
It was around after this that I decided to produce my own metal music under a different alias. This is where ArwenStarsong began.

In the junior year of my college career, I finally released my debut metal demo/album, Dark Cloud. Which is an album released entirely self- produced and self promoted (And not mixed and mastered.... since at the time I did not have the tools or the knowledge to do so.). The album took 2 years worth of writing and producing and is a work I am truly proud of (thought, again, it is not mixed and mastered XD...). This was when I made my first music videos to my original music, starting with the lyric video for my first single, Fracture. 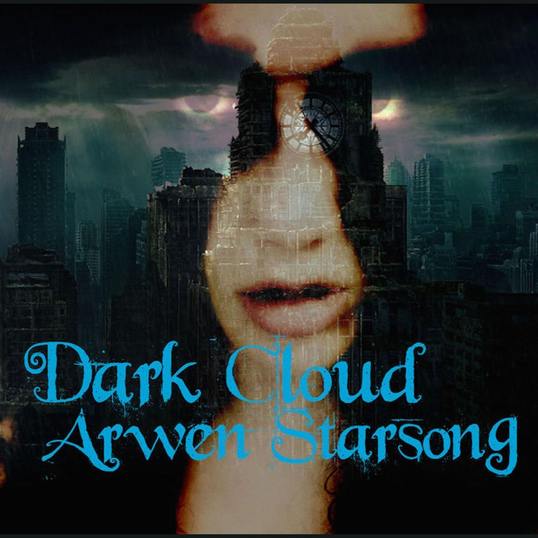 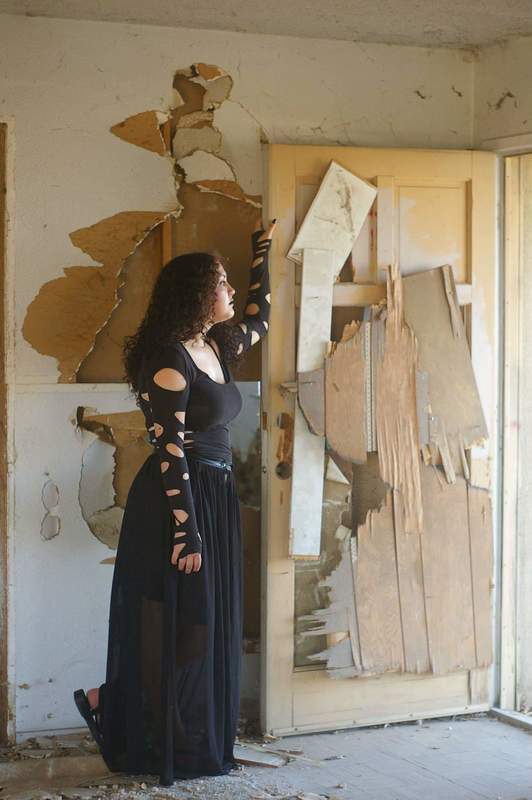 a snapshot from Fracture
After getting my Bachelor's Degree in Theatre in 2015, I decided to take things a step further. After a small break from making music, I began work on Estranged Wonderland, my next album. I released it in 2017.

​The album, however, felt very rushed and is a work I do not really count as an album... despite a little bit of positive criticism from listeners, I really felt it was too rushed, which is why after that release, I decided to take my NEW album (The Gallows Tree) slow.

THE GALLOWS TREE WILL BE RELEASED ON DECEMBER 18TH, 2022, which is my 31st birthday and the start of my new musical journey! 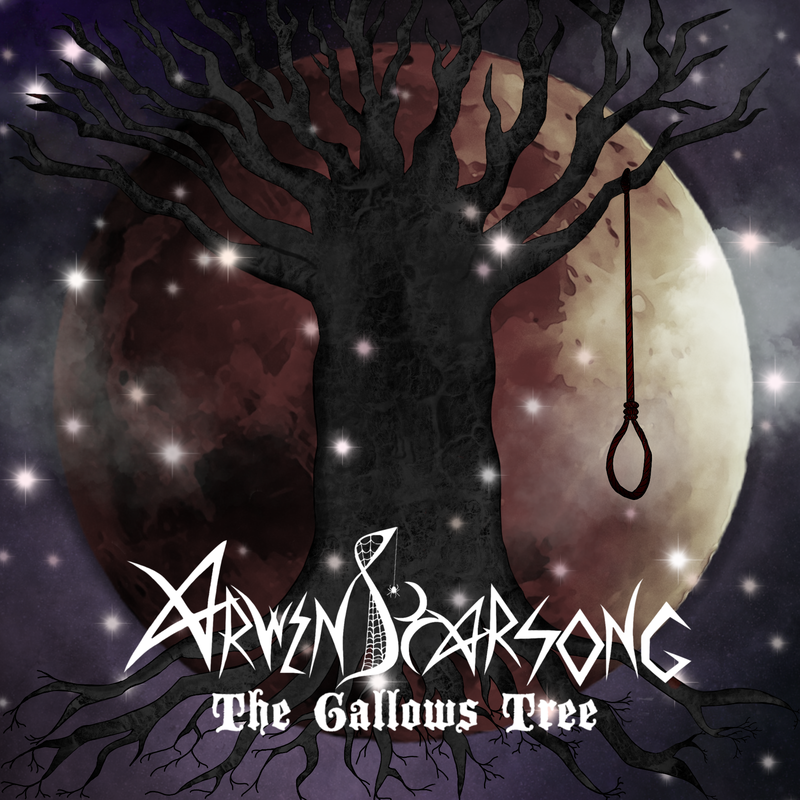 The album cover for The Gallows Tree, releasing December 18th! March and Physical Copies can be accessed thru the image!
I also picked up the Hurdy Gurdy around the beginning of 2018 and the violin toward the end of 2018. And the guitar in 2020. This will make 6 instruments under my belt. Voice, Piano, Tin Whistles/Ocarina, Guitar, Hurdy Gurdy, and Violin. :)

in late 2018 (About November), I released my first professionally produced single The Point of No Return, which was a collaboration between myself and 2 friends in other bands. This song is the precursor to my band’s upcoming EP project which is an epic tale of the price of vengeance.

In 2019, I finally got an answer to many ads I posted looking for band members and we are currently a band called Sun Lay Silent. It is my vocals, gurdy, and lyrics with my good friend Markuss Carcass on guitars and my boyfriend, Vincent Crixsis on Bass. We are currently writing our first EP/ Mini Album.
​
We are still hunting anxiously for our
-drummer
-keyboardist
-rhythm guitarist
-violinist/ cellist

We hope you will keep an eye on us and also enjoy the covers and new music the band has coming up. 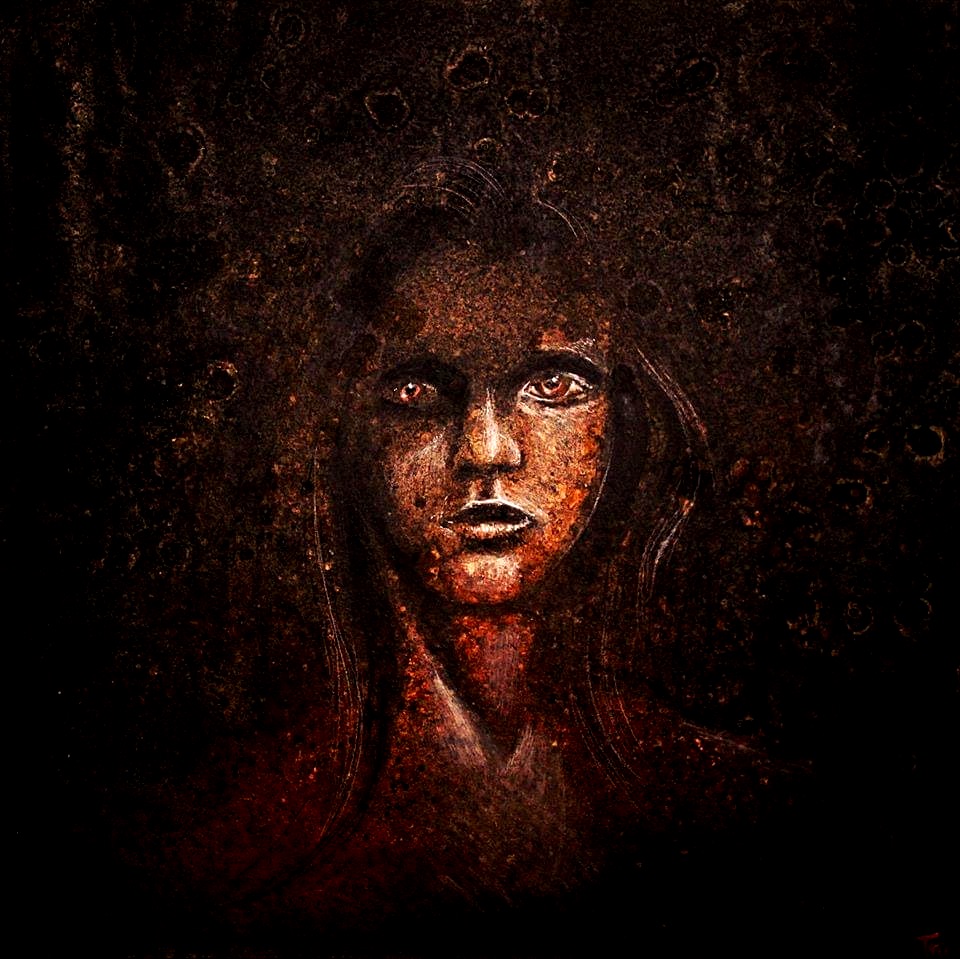 The SLS EP cover coming soon!
I really hope you all enjoy exploring my work! I appreciate you coming by and if you read this bio all the way through, I am gonna test you on this.... lol! jk! I won't be that much of a tool. But there is a lot more to explore, so thanks a bunch once more! I hope to see you when I finally hit the road! Check out the rest of my website for blogs, news, updates, and behind the scenes!